Home Sponsored 5 ways to watch Showmax wherever you are
Sponsored

5 ways to watch Showmax wherever you are

The beauty of having a streaming video-on-demand service application, like Showmax’s, is that you are not limited as to where you are able to access it.

As the mobile device evangelists (and thus, portability) that we are, this is very important.

Here are ways in which you can ensure you continue watching whatever it is that you started earlier regardless of the device you are using at that moment.

The mobile phone is easily the most important piece of technology of our generation. Its variation, the smartphone, has taken our imagination of the possibilities of technology in our hands beyond our wildest expectations. Definitely, one of the major areas that the smartphone has disrupted is entertainment.

We can watch what we want when we want thanks to the smartphone. There’s an app for everything, remember?

While our preferred platform is definitely Android, one can still watch the over 35,000 documentaries, movies and TV series available on Showmax from their iPhone or iPad. 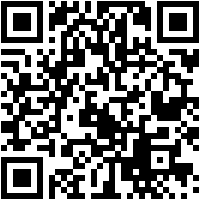 This is simple. From your desktop computer, visit showmax.com, sign in and pick up from where you left.

Here is where it gets interesting.

Showmax is accessible on a number of TV platforms. If you have a smart television, chances are that the operating system that powers it has a content store from where you can access Showmax’s easily recognizable TV application, download and get binging your favourite shows. This is true on Samsung’s Tizen-powered televisions as well as LG’s webOS TVs.

READ:  Throwback: That time mobile TV on phones was all the rage

Even better, our darling, Android TV, also has access to the Showmax app through which the video-on-demand platform’s content can be accessed any day any time. Since Android TV is what runs on Sony’s premium smart TV sets, users of such devices are covered. As are those whose TVs run on the Android TV platform, regardless of the brand – Hisense, TCL… Name it! This also means that if you happen to be using an Android box, like the Safaricom Digital TV and Internet Box (aka Gigabox), Xiaomi’s Mi Box, NVIDIA’s Shield (look out for a review soon) etc, for your TV (doesn’t matter if the TV itself is smart or “dumb”), you are also covered.

If you have a DSTv Premium subscription then you automatically have access to Showmax at no additional cost. Tell a friend to tell a friend about this. While that means you can use any of the means already highlighted above to gain access to Showmax’s expansive content catalogue, did you know that you can still do the same without much effort using your already existing DSTV kit?

Here’s how: you need to have the Explora decoder and make sure it’s connected to the internet (best done using an ethernet cable but the DSTv Wi-Fi Connector remains an option if you are a “cord-cutter” by every sense of the word). Then follow the instructions that Showmax has outlined so well here.

This was previously only possible in certain select markets like South Africa but, starting last December, it’s now possible here and it couldn’t have come at a better time.

Microsoft doesn’t like us referring to its Xbox One console as, well, a gaming console. It thinks of the device as an entertainment hub fit, and probably a “must-have” for every living room and space that humanity occupies.

That much can be seen in how the Xbox One is built and has evolved over the years – the latest variant, the Xbox One X, is the console to beat among the current generation of game consoles.

Showmax took the cue and its app can be found on the Microsoft Store and downloaded on any Xbox One console out there. Here’s to hoping that, someday, users will be able to take advantage of the console’s 4K capabilities to access 4K content on Showmax. And, maybe, just maybe, that Showmax will consider the rest of us, PlayStation 4 users who don’t have South African accounts since that’s the region the Showmax app on the PlayStation store is locked to.

Safaricom's Fuliza: What it is and why it may come in handy someday Previous post

The most buzzworthy smartphone launch in Kenya in 2021