Safaricom’s mobile app has picked up a new update whose main focus is bringing an experience that has been missing since it introduced M-Pesa services on the app three and a half years ago: detailed M-Pesa transaction statements.

Prior to the update, which is currently rolling out through the Google Play Store, users could only use the MySafaricom application to enrol to be receiving monthly M-Pesa statements.

With the latest major update to the application, which brings it to version 1.1, users can now view transactions they make every month or even year in much finer detail using the sort function and even get breakdowns of how much they sent and received as well as the amounts that were transacted through various M-Pesa services like Buy Goods, Pay Bill, withdrawals, Fuliza, M-Shwari, the purchase of airtime etc.

Safaricom has been offering some of these breakdowns through the monthly statements it sends users via e-mail but this is the first time that users are getting an overview of the much they take from M-Pesa-based services such as Fuliza and M-Shwari.

The addition of these features in the latest update to the Safaricom mobile application is in line with what Safaricom promised a month ago when it unveiled the new Safaricom app, over half a year since it started publicly testing it. Back then, Safaricom’s technical team promised upcoming updates to the app that will bring much-requested features that Safaricom offered users previously through M-Ledger, an independent application service that Safaricom acquired about 7 years ago and made part of its product offering to subscribers.

The new Safaricom app has so far netted over 100,000 users through the Google Play Store, double the number that had downloaded and installed it when it was being launched last month. The app it is replacing, the old mySafaricom app, had a million users in just a year and, by the time was being sunset, had over 5 million downloads on the Play Store. Safaricom has been incentivising subscribers to try out the new app by offering them free 500 megabytes data.

The new Safaricom app consolidates services like Safaricom Home Fibre and Safaricom’s chatbot, Zuri, under one roof. Home Fibre has previously had its own app while Zuri has been accessible via WhatsApp, Telegram and Facebook Messenger. It also brings with it new features like an easy way of topping up airtime using scratch cards: one only needs to point their phone’s camera to the secret code and it is automatically captured and keyed in. Through the app, users can also access other services like the Kshs 10 or 20 daily and weekly newspapers.

A future update to the app is expected to end a major pain point for users activating the application: the need to switch from Wi-Fi to Safaricom data in order to be able to activate it for first time use, something that is necessary on a new device or after a major update like this one explored in this article. Currently, Safaricom has taken the first step to easing that pain by allowing roaming subscribers to be able to activate the application using the local network they are connected to abroad.

READ:  Christmas comes early for Safaricom's mobile app as it receives the much awaited "big" update

As was the case before the latest update, subscribers can still request for statements to be emailed to them.

For each of the actions, including access to the statements page, one needs to authenticate using their M-Pesa PIN. 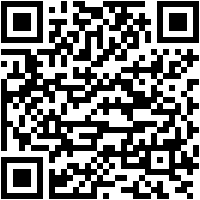