Android phones are notorious for quickly killing apps in the background almost as soon as you exit one to hop on to another to quickly check something before hopping back to the one you were using.

Maybe you were filling out a form that required your sibling’s ID number; before you can hop into WhatsApp or another messaging app to get the info then return to the app you were using to fill the acquired info, Android, in most cases, would have already killed that app, causing you to start afresh inputting what you had already filled.

Now depending on manufacturers, some Android devices are better at giving you some leeway before killing an app in the background while some OEMs will almost immediately kill the app the moment you exit it.

Killing apps the moment you stop using them is important in lower-end devices which have limited RAM, think 1 GB or 2 GB, as it reduces the amount of information stored in the RAM, creating space for the apps you have launched to run smoothly.

However, most newer phones these days have quite the generous RAM offering in the 3 GB – 6 GB range for entry-level devices while midrange to high-end devices have an obscene amount of RAM, some even up to 12 GB.

This makes the aggressive killing of background apps make little sense, as there is enough headroom to accommodate even 4 to 6 apps in the memory without causing your phone to stutter or freeze.

Google finally seems to have noticed this, and a report from XDA Developers seems to indicate that starting from Android 13, the Android operating system will not be so eager to kill the apps you have been using the moment you exit them.

Tracking a new commit by Google that was first made to the Chrome OS, the report highlights that the tech giant is working to implement MGLRU (Multi-Generational Least Recently Used) as a policy on Android.

The policy is already live to millions of Chrome OS users, and the next logical step is to port it over to Android, where significantly more users exist.

As always with these changes, the algorithms behind it are quite complex, but the short version of it is that instead of two lists of services, one that is active and the other inactive, MGLRU will use generations that allow for additional tiers than the aforementioned two-list approach.

Once implemented, the new Android version should look to clear apps from the oldest generation first before moving forwards to apps that are in the newer generations and more likely to be relaunched by the user.

This more refined approach should in theory result in improved performance across the board, with the OS getting more nuance in which apps it kills and which ones it leaves in the RAM.

They conclude the report by pointing out the feature might not be ready to be shipped with the release of Android 13, however, we are still bound to see it sooner or later as it is quite far in Android’s release pipeline.

Android 13 Beta 1 is live, here's all you need to know about it Previous post 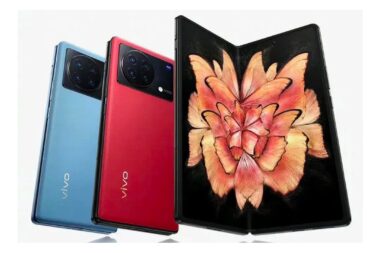