mySafaricom app gets updated to include new non-expiring bundles

Safaricom has a new set of bundles for calls, SMS and data that don’t expire.

The new offering, announced yesterday, is accessible through the company’s *544# shortcode. The main customer support helpline shortcode, *100#, also saw some re-organization as the company rolled out a new mission statement on the day it marked its 19th anniversary.

Lurking in the shadows during that time, however, was an update to the mySafaricom application, another of the company’s key customer touchpoints.

Version 1.5.0.5 of the mySafaricom app is at least 2 days old by the time of publishing this. However, given how long it takes platforms like the Play Store from where the app can be downloaded and installed to propagate all changes, it is only over the last 24 hours that the updated application has been rolling out to most members of the public that have it installed.

In keeping up with the company’s new mission of being transparent to its subscribers, just like with the text-based shortcode, users get to key in the amount they wish to spend and the app gets to show them the corresponding resources they can access with the keyed-in amount. For instance, Kshs 1 gets one 2 megabytes of data or Kshs 1.50 worth of calling airtime.

The process, as can be expected, is much easier on the app than it is on the shortcode where such a simple query involves at least 8 steps to get results for both non-expiring data and call bundles.

The update also brings to the mySafaricom app, for the first time, the All In One bundles that Safaricom has offered since the start of the year and which continue being offered with a sell-by date.

READ:  5 things you can do with Safaricom's Zuri chatbot on WhatsApp

The Safaricom app’s icon has also changed in line with the new “more white, less green” ethos that Safaricom has going all over the place. 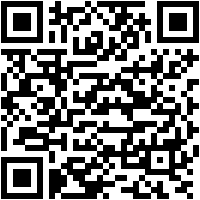