Many of us know Gameloft because of releases like the Asphalt games, Modern Combat and the like that have dominated the smartphone gaming space over the years.

Those of us who have been relying on our tiny phone screens (or at least they used to be back in the day) to satisfy our gaming needs know Gameloft for a lot more. Remember Let’s Golf on Nokia’s Ovi Store? Good times.

The gaming powerhouse has been in the game for two decades now.

It is celebrating this anniversary and milestone (releasing over 800 games in its 20 years of existence) in a big way.

Gameloft released a new application to the Google Play Store that lets users access 30 iconic games from back in the day for free.

Of course, with the Play Store description indicating that there are some in-app purchases (it’s Gameloft, duh), players can expect to encounter the occasional need to part with some money somewhere in their gameplay but that shouldn’t be as annoying as it is on modern games.

See the full list of games included in Gameloft Classics below: 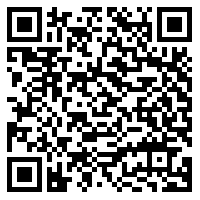