Vivo’s (styled as “vivo” – as written in the rest of the review) latest smartphone in the Kenyan market – at least as of the time of writing this – seeks to destroy the order established another one of its distant siblings, Oppo, with the Reno3 smartphone we reviewed not long ago.

There are lots of similarities between the two devices that we simply can’t pass up. The internal storage capacity and the available memory, for instance, are the same at 128GB and 8GB respectively.

The same is true of other features like the under-display fingerprint sensor, the quad cameras at the back and the advances in accelerated battery charging technology that both vivo and Oppo have made significant strides in as well as the display size and resolution.

Of course, it goes without saying that pitting the vivo V19 against the Oppo Reno3 from the start is heavily influenced by their near-similar pricing.

It creates a buffer from Oppo’s offering by bringing its own A-game to the table.

At 8.5 millimetres, it is a bit chubby when compared to the Reno3, something that actually works in its favour as the extra weight (about 16 grams) when paired with the free clear jelly case included in the device’s retail packaging, adds some much-needed grip and there’s no chance it’ll slip.

With all the buttons staying on one side – the right – handling the device couldn’t have been easier.

The very minimal bezels, accentuated by the dual punch-hole at the top that accommodates the front-facing cameras go hand in hand in enhancing the device’s sleek looks. That covers for the flat back – my review unit came in the unceremonious Gleam Black, just how I like it.

The back of the device offers us one of the most “2020” looks out there with a slight bump to accommodate the four cameras and the flash.

The device’s 6.4-inch Full HD+ display stands out in all its Super AMOLED glory. The latter feature’s inclusion means that those two punch holes at the top can stay hidden in plain sight with darker wallpapers since there is no backlight illumination to worry about. It is bright, vivid and provides acceptable contrast ratios and is a pleasure to use just about everywhere.

The pairing of the 32 and 8-megapixel sensors on the front is not one of those “I have many cameras for the sake of it” scenarios we are increasingly being treated to. The results, in my usage of the vivo V19 over the last one month, have been excellent. There are a few hits and misses when it comes to the portrait (see photos below – no, I don’t have a weird hair cut) but, there was nothing that I hadn’t experienced. It’s just the usual refinement that we demand of these cameras and which, it appears, is still elusive. Don’t get me wrong, even that rarely becomes a glaring issue.

I was particularly impressed by the front-facing cameras’ performance in low-light.

The same is replicated when using the back cameras. They step up at night and you can count on them to deliver when you need them. You just need some little patient to let the night mode do its work every time you snap something.

Specifically, the auto-scene detection, thanks to the device’s AI chops, works very well. As does the zoom when using the 48-megapixel sensor at the back. I just find it a bit cumbersome that I have to go an extra step to use the 48MP sensor. It is hidden under the ‘More’ tab in the viewfinder and it’s likely that most ordinary users, like yours truly, will probably never know it’s there in the first place. It should’ve been given a more prominent placement like at the top where the filter, flash, aspect ratio and HDR toggles are located.

The AI also recommends the best shooting mode. For instance, it’s not uncommon for a toast notification to appear suggesting the use of the super wide-angle lens when one is taking a photo that the AI has deemed is best taken that way. Useful. Here are more sample images taken using the vivo V19: 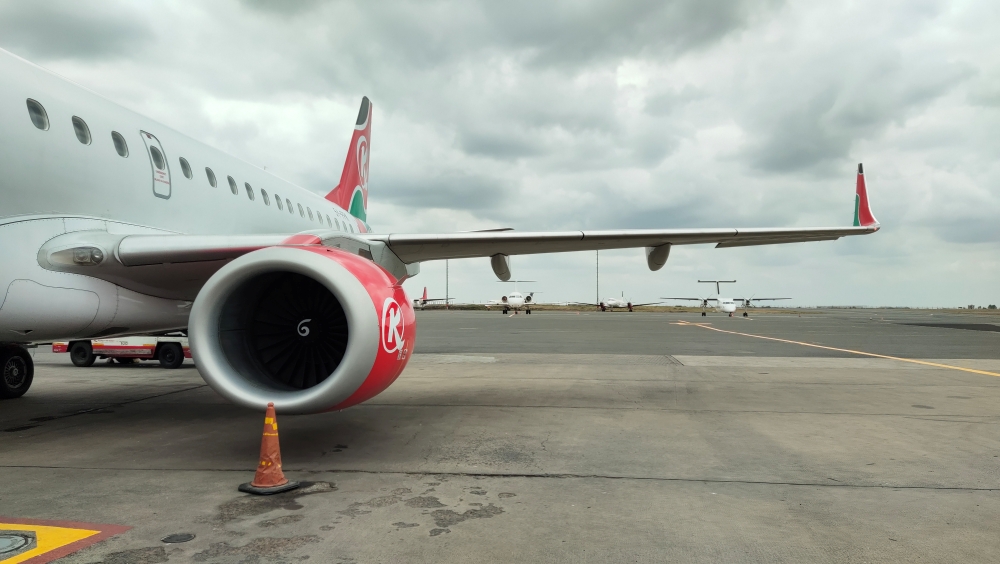 The other stuff: software, performance and battery

So, the display is good, the design is okay and the cameras are some of the best that you can get on an upper mid-range smartphone in Kenya, surely the vivo V19 can do no wrong, no?

Being a first time vivo smartphone user, I found vivo’s own take on Android, dubbed FunTouch OS, quite confusing. It comes with a learning curve. Of course, I was able to find my way around everything in no time but I couldn’t help but wonder if some aspects, especially of the overboard customization, were that necessary.

Need to find the ‘About phone’ menu in the settings app? It’s not at the top as is the case these days or at the bottom of the front page as used to be the case in previous versions of Android. You’ll need to go to yet another page that is not so easy to find. Your best bet is using the search tool which, thankfully, works just fine. It’s the little things.

My main gripe, sticking to the same point, was vivo’s insistence on users using its own web browser app (and, overall, its whole take on the default apps thing).

Given that not every user is like yours truly who can’t help but tinker with just about everything, the way the app defaults are set up on the vivo V19 (and, I assume, other Vivo devices) is such that the Chinese brand is able to keep users of its devices using its own software. As we have seen over the past year, that is not necessarily a bad thing. Over-reliance on one software vendor is a dangerous thing. However, you can’t help but feel that they went overboard on this.

Don’t get me started on trying to set up a third-party launcher like Nova as your main launcher.

The weird navigation button looks, at a time when other devices are cutting down on them and moving users towards gestures (not everyone’s cup of tea, though) evoke memories of a bygone Android era. As does the implementation of the Quick Settings where all the shortcuts (Wi-Fi, mobile data, hotspot, location etc) are lumped together in a single horizontal page.

Now, not everything about vivo’s customizations rubbed me the wrong way. I, for one, really enjoyed the hardware-software interplay that can only be made possible by proper optimization of the software with the very capable (as we will see briefly below) hardware. In addition, there were some standout features for me in FunTouch OS as well. The gallery app that vivo includes on the V19 and, I assume, pretty much all its devices, is fantastic! Excellent isn’t too careless a word to use to describe it. In it, you can see a continuation of the Artificial Intelligence chops deployed in the camera app at work. It organizes images using some fun tags and sorting algorithm that categorizes them by month or whatever it deems relevant while still adding some nice captions. Actually, in a way that even Google Photos, the app we all love for its approach to photo organization and the accompanying cloud storage, doesn’t. The Highlights feature of the Albums app, what Vivo calls the gallery app, even puts together short edit-ready video clips. It will do the same for images taken and come up with a nice montage. You know, the kind of stuff that, just a few years ago, would’ve required Windows Movie Maker (remember it?) to put together in a few minutes.

And that’s not all. Look at this:

Always-on display! vivo doesn’t make a big deal about it but by snooping around in the apps it pre-installs on the V19, like the Themes app, you can stumble upon such, just like I did. It not only has all those cartoony themes you may want (or not want) but also fonts you can apply, some very nice wallpapers and, always-on display.

With the processor it has (Snapdragon 710), storage (128GB) and memory (8GB), the vivo V19’s performance chops are not in doubt. I don’t remember even a single instance where it stuttered or simply couldn’t handle what it is that I needed to be done.

Need to multi-task between the video call you’re on and some other things? It will be just fine. It won’t even heat up.

Talking about heating up, the vivo V19’s fast-charging is my number 1 favourite feature. Sure I had the all-too fast VOOC 2.0 on the Oppo Reno3 but, there’s nothing like what Vivo offers at this price range. It’s unmatched, in my experience. I no longer have to be worried about stepping out with battery anxiety. Just a 30-minute plug in is enough to last me the whole day. It takes just an hour for the device to go from 20% to 100% charged. vivo Flash Charge 2.0 is the best.

With 6 cameras that combine to provide very good results, a battery that not only lasts long but can be juiced up in no time thanks to super fast-charging and other features like a combination of fast face and fingerprint unlock mechanisms, the vivo 19 stands out. For anyone looking for an upper-mid-range device available in the Kenyan market, it’s definitely one of the top options.

Here are all the Samsung Galaxy smartphones getting One UI 2.5 Previous post

Vivo Y30 unveiled as a Jumia Kenya exclusive Next post

Huawei Nova 9 SE review: Class of its own?