MBs and GBs, are common terms we use to express our data situation these days. If you’re like my former self (before some good home internet spoiled me) then you are very wary of what you do on your phone lest you go over and beyond what your data bundle situation allows you. Or, maybe, you don’t care at all. We are all different, I acknowledge, and that’s a good thing.

For those of us who are very conscious, there exist several ways to stay in touch with what’s happening with our prized data subscriptions. While I have the privilege of never having to worry about this because, Safaricom Home Fibre, my sensitivity kicks in the moment I close the door to my house and hit the road to wherever I am headed. I rely on a number of things to have my back when I am out there.

Some of them, like the Safaricom Data Manager that can be activated by dialing *544# and following the resultant on-screen prompts, go overboard and become a little too aggressive when one’s data bundle is exhausted and they haven’t renewed or bought another. You know, that time when you get far too many prompts that you need to buy a bundle? That’s the Data Manager trying to save you from yourself.

For some of us who are very careful, petty even, about where our data goes, the Data Manager can come across as annoying since, 1) we were already in the know that our data needed replenishing in the form of a fresh bundle purchase or renewal and 2) we are in the know because we are using other tools to keep a tab on things.

What are these “other tools”?

READ:  3 ways to keep track of data usage on your smartphone

1. The built-in data meter on your phone

Settings  > Network & Internet > Data usage (this is the common path even though it might be different depending on the phone one is using. For instance, it’s Settings > Wireless & networks > Mobile data > Data usage ranking on Huawei devices while OPPO just puts everything under the SIM & Mobile menu in its settings app.

The mySafaricom app (Play Store download link) has a “My Data Usage” feature which lets users see what’s been gobbling up their data. Sure, you’ll be getting the same statistics as you would if you used the built-in data meter that can be found in your Android smartphone’s settings app but here’s what makes the feature on Safaricom’s mobile app standout: it can give you a breakdown of any given day. Your phone’s data meter gives you your stated range.

My setting is usually the start of the month to the end of the month when I am not testing any device for a review (which is rare) and the particular date I start using a device till 29 days later in keeping up with my self-imposed 30-day period to test drive devices I am to review here. However, say, I want to go back and see how much data I used on a particular day, how do I go about that? As far as I know, there’s just no way, unless I use a third party app like the next one on this list or, like the mySafaricom app. What one has to do is just click on the dates at the top and pick their range.

For day-to-day planning, more so assuming you are taking advantage of those daily Tunukiwa offers, this is important as you are constantly in the know.

READ:  How to save on data when watching YouTube videos on mobile

I have previously highlighted a lot of apps that can come in handy when it comes to helping you monitor data as well as save as much of it as you can. However, just like with the mySafaricom app above, I have never talked about Datally. This is for the same reason as to why I had also previously never highlighted the data monitoring feature of Safaricom’s app: they are both fairly recent additions.

The data usage feature just rolled out to the Safaricom app last December and Datally had just launched a few days earlier.

What will make you want to have Datally in addition to the mySafaricom app is the fact that not only does it let you track your mobile data usage, it also makes it a whole lot easy to try and minimize wastage of data. Something that can require a number of steps if you are using Android’s built-in safeguards is replaced with a simple toggle accessible directly when one opens the app or on the notification dropdown (when it is on).

Even better, Datally (Play Store download link) doesn’t just stop at mobile data, it still aspires to save your data even when on Wi-Fi, something that can come in handy when, like yours truly, you tether a lot while on the go and almost always have relaxed settings for all your apps when your phone is on Wi-Fi (like when you’ve set the Google Play Store to automatically update all apps when you’re on Wi-Fi and it goes ahead to do just that without realizing that you are using your meagre data bundles to tether from your other phone).

In coming days, it will even be much harder to ignore Datally. “According to Google, more features are on the way (to Datally), including ability to check your data balance, get reminders about expiration date as well as proactive data usage alerts and controls,” notes Hillary in his article on the app when it was announced last year.

Some will say that this (constantly monitoring how much data you’re using) creates some level of anxiety but who cares if it ends up saving me the time and the money?

READ:  How to determine if your data bundle usage is on track on your Android device

Simplified: Project Treble, what it is and why it matters Next post 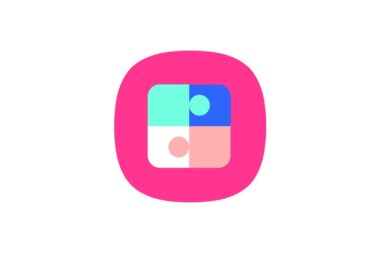 You can now restore accidentally deleted messages on WhatsApp