The local social networking space is dominated by the likes of Facebook, WhatsApp, Twitter, and Instagram for obvious reasons, but there’s more out there than you might think of. For instance, we have our very own Kenya Talk forums, which is a virtual place where the Kenyan online community meets to talk about everything that is Kenyan.

How I came across the platform I can’t really remember, but I’ve been there for close to a year now and honestly, I’m enjoying my stay. At the time of my discovery, the Kenya Talk forums were only accessible via the web. But given the website is mobile-friendly, I created a shortcut on my homescreen that made it easier for me to access the forums in a single tap. It’s when I switched between different review units that I began to notice my growing fondness for the platform. I somehow found myself bringing it along with me to the new devices I switch to every now and then.

Well, these hassles are no more because the Google Play Store now has the Kenya Talk forums app readily available for download. It’s a free app, so you don’t have to worry about paying anything. I haven’t been served with any ads during the two months I have been using the app, but what I noticed is images are broken, although I’ve reached out to the app’s developers and they’ve informed me that it’s a bug they’re aware of and a fix will be released soon. I’ve also been told the issues with push notifications not showing up is known and a fix is in the works too.

READ:  Early Christmas comes to the Google Play Store with discounts of up to 80% on apps, games, movies and books for a limited time

The KenyaTalk forums app was released in the Play Store on July 3, 2018 and now sits at version 7.1.1 and although the numbering looks off, we’ve confirmed that this is indeed the first version of the app. As per the description, this is a Kenyan online community where members share and contribute to discussions that are not necessarily in the confines of the Kenyan walls.

Discussions here range from Politics, Sports, Technology, Business, Entertainment, Sex and Relationships to Religion, Spiritualism & Philosophy, Health and Fitness, Motoring, and so on. There are also plenty of subforums that may narrow down to discussions in certain regions, topics, and more.

The Kenya Talk app is available for download in the Google Play Store for free via the link below. 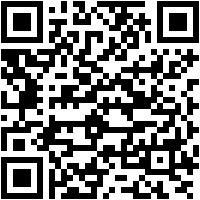 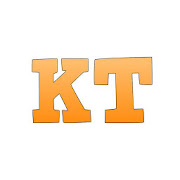 Oppo Band launched in Kenya, goes on sale on May 20th

Gboard for Wear OS gets a new look, several other updates

Oppo A54 and Oppo A74 now available in the Kenyan market