Home Opinion The smartphone revolution is just starting – or is it?
Opinion

The smartphone revolution is just starting – or is it?

February 20th, 2019, was an important day for Samsung fans and the mobile community in general.

All these devices are great.

They all come with what Samsung calls an 0-infinity display. This basically means that there is a hole at the top right of the screen for the front cameras. The top of the line Galaxy phone is the Samsung Galaxy s10 plus. It has a dual lens camera at the front and a triple lens setup at the back. You can even get the S10 plus phone with 12GB RAM and 1TB internal memory. Pretty crazy, right?

But still, the question remains: is Samsung going to be able to sell enough of these phones?

In recent times, many have said that the smartphone industry has reached a saturation point. That essentially, there is no way to further improve the smartphone.

On January 3rd, 2019, Apple CEO, Tim Cook confirmed these fears. For the first time in sixteen years, Apple announced a profit warning. Their revenues for the first quarter of 2019 are expected to be 9 billion dollars below expectation. This was enough proof that the smartphone market had matured and there is little room for growth.

Well, Samsung disagreed with this in their 2019 Galaxy Unpacked event.

D. J. Koh, the Samsung Electronics CEO says Samsung has invested in two technologies that will fuel smartphone revolution for the next ten years. These two technologies are already used in two devices that Samsung announced last week.

The first of these devices is the Samsung Galaxy Fold. Yes, it is possible to bend and fold a screen. The promise behind this device is that the acceptable size of a phone is not going to limit the screen size.

To demonstrate this point Samsung showed the Galaxy Fold in different use case scenarios. When making calls you can have the phone in folded mode (4.6-inch screen). But say you want to use Google Maps to find the location of a gas station. You unfold the phone and now you have a 7.3-inch map.

On top of that, the folded Samsung Galaxy Fold easily fits into a pocket. Carrying a tablet in your pocket is pretty impressive. The large screen real estate that comes with this foldable device also allows for multitasking. In the demo, the Samsung Galaxy Fold could open up to three apps at once.

The second device that is the future of smartphones is the Samsung Galaxy 5G.

I know what you are thinking, why do we need 5G? 4G is already fast enough. Well, Samsung was quick to point out that 5G comes with more advantages than just a faster internet.

To start with, there is no network congestion in a 5G network. This is because 5G has the ability to support up to 1 million devices within a 1km radius.

5G also has a low latency of just 20 milliseconds.  That means that when you load a page, the loading time is just a fraction of a second (a third, to be exact). That is faster than the time it takes you to read this word. According to Samsung, this low latency will pave the way for Artificial Intelligence. Things like self-driving cars wil, for example, use 5G to communicate with each other.

Another benefit of 5G is that it allows for better battery life. 5G uses lower millimetre wave spectrums. This means your phone uses less power to access the internet.

Generally, Samsung and service providers including Vodafone (the parent company to Safaricom) are upbeat about the future of 5G.

Allow me to end with the words of DJ Koh, “The next decade of mobile technology will be determined by these two devices that we have launched today”.

The writer runs a new website, phonereviewzone, that seeks to help you buy the smartphone that suits you cheaply.

Opinions expressed in this article are directly those of the writer and are not necessarily the opinions adopted or shared by Android Kenya or its editors.

MWC 2019 goodies: 4 Nokia smartphones to look forward to in Kenya Next post 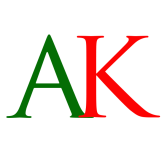 Over 2 months later, still no fixes to the buggy Android Q beta for Tecno Spark 3 Pro

Comment: Too many Nokia phones could affect the promise of timely software updates

Jumia needs to fix the mess with global retailers