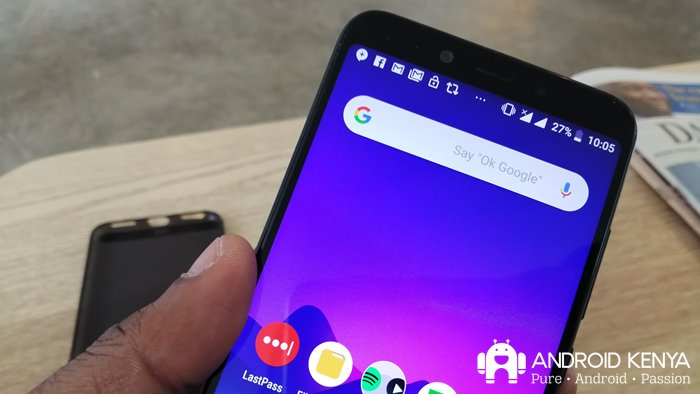 Xiaomi Mi A2 is getting ready to become the second-favorite device on the brief list of Xiaomi’s Android One phones. In fact, this is already the case in a few markets out there, but not in Kenya, at least until Xiaomi Mi A3 arrives.

Sure, you can already grab the Mi A3 from Avechi Kenya, but Xiaomi Kenya hasn’t officially launched the device locally. Given the unwanted history Avechi Kenya has with our very own, it’s probably a good idea to hold your horses until the official release.

Xiaomi Mi A3 isn’t official in Kenya yet

As we wait for the official launch of the Mi A3 in the country, those using Xiaomi Mi A2 can keep on enjoying the benefits of being the alphas. The device is now receiving the latest August 2019 security update over the air (OTA).

We’ve received the update on the device we have with us and it weighs 152.8MB, which is more than a typical Android security patch should weigh. Granted, the update should also tag along bug fixes and performance improvements.

The rollout has been ongoing in other countries and apparently, it also fixes bugs that came with the July security update. Some users had reported issues with double-tap to wake and screen rotation features after this update and apparently, they have been addressed in this August update.

If the OTA hasn’t arrived on your end, we have the download link you need for manual installation right below.

READ:  Little and Makao now available as "mini-apps" on the M-Pesa Super App

The same August update should also be rolling out to the Mi A2 Lite as well, the Mi A2’s little bro.

CamScanner removed from the Play Store due to malware Previous post