If you’re out to see how your favourite English Premier League side will fare over the weekend then chances are you are going to follow the action from SuperSport, MultiChoice’s sports channel on its satellite TV service, DStv.

For the last 5 years, DStv subscribers have had the option of watching sports and every other piece of content available through the various subscription packages available to them, away from the satellite dish connected TVs in their living rooms. This has been possible through DStv Now, an online-only service that brings MultiChoice’s expansive content portfolio to users through the web and on mobile devices like smartphones and tablets.

In August last year, DStv Now added support for select Samsung smart TV sets and streaming boxes like those powered by Android TV as well as Apple TV, expanding availability outside the mobile and web apps it had previously been limited to.

Since then, the app has since made it to Microsoft’s Xbox and select Hisense televisions.

The latest change to DStv Now, as users are bound to notice, is the addition of user profiles.

This should make it easy for users of the app, especially on TVs, to set up profiles for everyone that accesses the app on their devices. Also, as much as MultiChoice discourages the practice by limiting the number of devices that can be registered under a single account, this makes it easier for those that share their DStv Now with other users in different locations.

User profiles are a popular way of separating content preferences among users, especially for children, on streaming video-on-demand services like Netflix and Showmax.

READ:  Android 10 update delivery for the Nokia 8.1 gets underway

While user profiles have been available on the mobile application for the last few weeks, it is only now that they are showing up on the TV/media player apps. Users are being prompted to set them up immediately upon launching the DStv Now app after updating. A total of 25 avatars are available for selection.

DStv Now’s last major feature addition before the user profiles was the inclusion of casting abilities for those who have the app installed on both their Android smartphones and/or tablets and their Android-based media players. 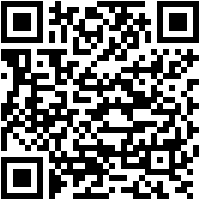 Safaricom's Masoko kicks out all merchants, pivots to a phones and accessories store Previous post

Spotify is finally coming to Kenya