Fortnite can now be downloaded and installed from the Google Play Store, would you believe that?

After over a year of push and pull between Epic Games, the popular battle royale game’s developer, and Google, it seems that the former has relented and gone where the Android-using masses are: the Google Play Store.

Over the last 2 days, Fortnite has shown up on Google’s platform.

Previously, users had to get the app from Epic Games’ own website. That was so because the game’s developer protested the 30% cut that Google takes from developers’ earnings on its platform.

Thanks to a separate deal with Samsung that saw the Korean company’s devices become the first in line to get Fortnite, it has also been available through Samsung’s own app store, Galaxy Store. However, that store is only accessible to users of Samsung devices.

READ:  Fortnite players on Android can now play against their PS4 counterparts

Thanks to Google’s efforts at reaching out to the public to inform them of the dangers associated with getting applications from outside the Play Store, it appears that it had succeeded in stopping some would-be Fortnite players from going ahead to get the game from the company’s website thus putting Epic Games at a disadvantage at a time when other such games have sprung up to threaten and eat away at the Fortnite-PUBG duopoly that existed 18 months ago when the Android app launched.

“Google puts software downloadable outside of Google Play at a disadvantage, through technical and business measures such as scary, repetitive security pop-ups for downloaded and updated software, restrictive manufacturer and carrier agreements and dealings, Google public relations characterizing third-party software sources as malware, and new efforts such as Google Play Protect to outright block software obtained outside the Google Play store. Because of this, we’ve launched Fortnite for Android on the Google Play Store,” an Epic Games spokesperson is quoted saying.

The company will continue offering the game app through its website in addition to the Play Store. 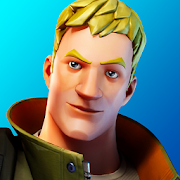