Home News Microsoft rolls out its own password autofill solution, baked into the Authenticator app on Android
News

Microsoft rolls out its own password autofill solution, baked into the Authenticator app on Android

You have to admit that the hustle of having to remember that complex password you created in a bid to stay safe online every other time you need it isn’t worth it. Which is why many of us have, over the years, turned to the many password managers available that offer, among other features, an autofill solution.

Now, Microsoft is throwing its hat in the ring with its own take on a password autofill solution.

On the Android platform, users who already use Microsoft’s Authenticator app, don’t have to do a thing as the feature is being added there and should be available shortly – if it hasn’t already – through an update. Those that don’t have the app only need to download and install it from the Play Store (see link below) and then sign in with their Microsoft account(s) – or sign up for one if they don’t have it.

When one moves to their desktop computing device, the same autofill feature is accessible via a Chrome extension. Of course, it goes without saying that there should be no need for such when using Microsoft’s own Edge browser on desktop.

Here’s how that works:

For those that already use other solutions, like the browser-based ones (for example, thanks to the Google Smart Lock feature on Android devices, passwords can be saved with Google and synced across devices, accessible via the Google Password Manager when on the desktop), Microsoft is also offering an easy way to import their already saved passwords so that they are ready to be auto-filled the next time they are needed.

Here’s how to do that: 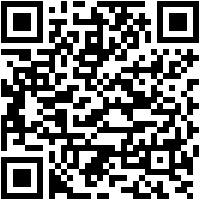 Android phones are constantly snooping on you, study finds

Google Pixel 6 to have 5 years of Android security updates