Equity Bank has updated its mobile banking application, dubbed Eazzy Banking, to include several new features alongside what the bank says are enhanced security features.

The said enhanced security features are not clear at this moment as those cited in a press release from the company quote the ability to log in via fingerprint biometrics and the verification of transactions using one-time authentication codes, features that have existed on the Eazzy Banking application for a while now.

The uncontestable new features include the ability for both new and existing customers to open accounts directly through the application thereby eliminating the need to visit a physical branch to get the same done. Customers will only need their identity card number to open accounts via the app. This is especially important during these times when distancing and less contact are being emphasised. Equity Bank’s competitors like the Standard Charted Bank and KCB have been doing this for a while now.

“Customers with foreign currency accounts will also be able to transact to and from their accounts using the Eazzy Banking platform,” the statement from the bank reads.

Also making its way to the Eazzy Banking app in version 2.5 is the ability for customers with foreign currency to transact using it as well as the ability for users to change their mobile banking PINs from the app.

Visually, the app remains the same with nothing changing in the design. All already-existing features are also staying put. That means the ability to scan codes to make payments, access to lending facilities and other features users may already be used to, stay where they’ve always been.

With over 1 million downloads from the Google Play Store, and consistently ranking as one of the top finance apps in the country, the Eazzy Banking application has received significant feature updates over the years. It has been updated to let users send money to friends, family and colleagues via social media platforms like Facebook, Twitter and WhatsApp, for instance. It was updated to support PesaLink, the realtime mobile-based interbank electronic funds transfer system, in version 2.0 of the app three years ago.

“The app has the capability of performing 300 million transactions every second,” according to Equity Bank.

The updated app and features are available to the bank’s customer base not just in Kenya but across the region where it has a presence. 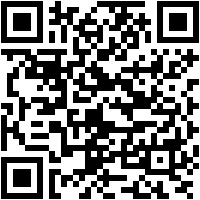